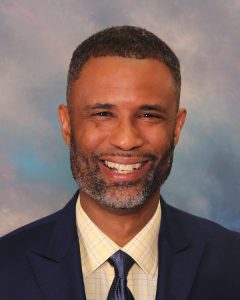 Darryl E. Owens serves as director of communication at Beacon College. He also is the creator of “A World of Difference.”

Prior to that, he worked for 25 years as a general assignment reporter, lifestyle writer, and later columnist and editorial writer at the Orlando Sentinel.

During his journalism career, Owens stood side-by-side with neurosurgeons chronicling every cut of their scalpels during two brain surgeries, covered the immediate aftermath of Hurricane Katrina, interviewed Hall of Fame athletes, and won a handful of awards including First Place, Commentary and Criticism, in the 2012 Sunshine State Awards and First Place, News Commentary in the 2010 National Association of Black Journalists “Salute to Excellence Awards.”

Owens also discussed issues impacting Central Florida and the state during his short-lived segment, “Darryl Owens Perspectives” on Orlando NPR-affiliate WMFE-FM and was a regular voice on the station’s Friday news roundup on its “Intersection” program.

He earned his Bachelor of Arts in journalism at Howard University.