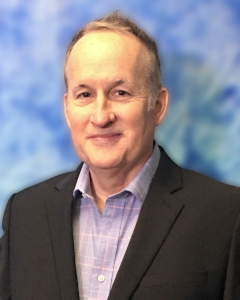 David DeJohn is a multi-award-winning journalist who has been honored with several National Press Photographers Association and Associated Press awards.

DeJohn loves his job; storytelling is an art form he takes very seriously. He started out as a photojournalist years ago but now enjoys the entire newsgathering process from collecting elements, interviewing people, and writing the story. He says that if a story is weaved correctly with the right flow, it can compel viewers to watch from beginning to end, and that’s his goal.

DeJohn has reported all over the country, but he grew up in Buffalo, New York. He left for news outlets in Fort Myers, Tampa, and San Francisco, but Buffalo pulled his wife back for a reporting job — she’s in the business, too.

He has covered so many stories, but he’ll always remember the terrifying events of civil unrest in the city of St. Petersburg. While covering the riots between local residents and police, Dave was working in a news truck to get live coverage back to the station quickly. It wasn’t long before his truck was doused in gasoline and he had to run to safety before it was set on fire. After that day, he followed the story through and saw firsthand how the community was abused and the reforms it had to make.

When he’s not on the air, you might find Dave with his wonderful wife, Tracy, and their inquisitive 6 year-old daughter. She’s his pal. He is also an ice hockey player and loves to ski; he gets it from his northern roots.