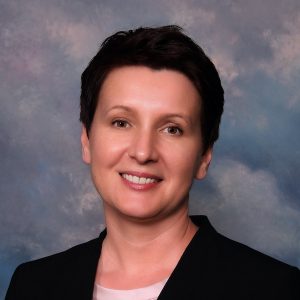 Dr. Oksana Hagerty serves as Dean of the Center for Student Success at Beacon College.

She specializes in academic support, cognitive abilities, learning disability interventions, and educational and developmental psychology. Prior to Beacon, Hagerty served as an education program consultant to University Advisors International, Inc. an investment and consulting firm that provides counsel to higher-education institutions, NGOs and corporations on four continents. For 12 years, she served as an associate professor at Luhansk Taras Shevchenko National University [Ukraine], teaching a variety of practical, methodological, and theoretical courses in developmental and educational psychology.

She translated into English a 2,000-page collection of Ukrainian laws, commissioned by the Geneva Center for the Democratic Control of the Armed Forces; translated into Russian a book by Dr. Artemis Simopoulos The Omega-3 Diet, and a play by Robert Lawson, “Empires Fall,” which premiered in May 2011 at Ford’s Theatre in Washington, DC.  She also served as an commissioned translator for the United Nations, the Organization for Cooperation and Security in Europe, and the Ukrainian government.

Her op-ed columns and articles have appeared on ADDitude Magazine, District Administration Magazine, and Momoandme.com