It is with a heavy heart that we have to report that our colleague Janet Sawyer passed away Feb. 17, 2021 as a result of COVID-19. After a long career as an Orlando TV news reporter, Janet was the first recruit to join “A World of Difference” as a founding correspondent. She believed in the show and the mission, and worked tirelessly to create perfect segments and brainstorm ways to make the program bigger and better. Beyond that, Janet was a caring and spiritual colleague. The show — and we all — are diminished with the dimming of her light. She made a world of difference. 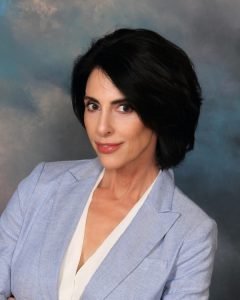 Janet Sawyer was senior correspondent for “A World of Difference.”

Sawyer began her broadcast journalism career as a general assignment reporter and solo anchor on mornings and weekends for WCJB-TV20 in Gainesville, Fla. covering stories such as the University of Florida’s animal research program and the Seattle background of Ted Bundy’s execution.

For four years, Sawyer worked as a fill-in anchor and health reporter as part of WKMG-6 in Orlando, Fla.’s “The Health Team,” delivering nightly health and medical reports on set and live reports from the field.

Sawyer earned a Bachelor of Arts degree in radio/television from the University of Central Florida.