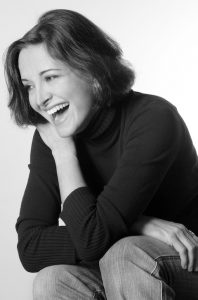 After her family had fled Cuba and Castro’s tyranny in the 1960s, Carmen Agra Deedy landed in a small Georgia town. There she ran headlong into the tyranny of the written word and numbers.

For years, she believed she was dumb. Later, as an adult, she discovered two things: First, she wasn’t dumb at all; she was dyslexic.

And second, being able to picture the world and communicate through writing children’s books would open a new chapter in helping her see her difference in a different way.